The figures on this page are compiled from data files generated by the Bisq software. You can verify everything yourself by running these scripts on GitHub.

¹ Proof-of-burn includes trading fees paid in BTC and disputed BTC deposits for trades that went to arbitration (see docs for more details). Funds may be accrued and burned in different cycles, so proof-of-burn figures do not map directly to activity in their cycles.

⁴ Over time, the net impact of reimbursement issuances on BSQ supply is close to zero, as corresponding amounts of BTC are burned through proof-of-burn (see docs for more details).

Made by user burning2019 with this issue.

Made by user freimair with this issue.

This proposal approved a slight shift in strategy for Bisq development, one that focuses more on increasing code quality and testing.

You can find out more on the related developer session recording, or on the session’s notes.

Made by user freimair with this issue.

Made by user chimp1984 with this issue.

This proposal removes the 1 USD peg for BSQ in favor of a 90-day market average. This average will be determined at the beginning of each DAO cycle, and all compensation requests made in the cycle should be made accordingly.

As it turns out, the 90-day average BSQ price for Cycle 6 (the current DAO cycle as of this writing) is 1 USD per BSQ.

Made by user m52go with this issue.

This proposal creates new roles to operate and administer this new service.

Made by user ripcurlx with this issue.

Made by user bisquser with this issue.

Made by user burning2019 with this issue.

Upon approval, this proposal created a bonded role for a BTC donation address owner in the Bisq DAO assigned to user burning2019, who locked the requisite 50 000 BSQ bond on Monday.

In a separate proposal, the RECIPIENT_BTC_ADDRESS DAO parameter (aka “donation address”) was set anew.

Part of the core purpose of the Bisq DAO is to route trading fees directly from traders to contributors with no one person or entity authorizing funds, providing funds, or routing funds. This is why we encourage Bisq users to use BSQ to pay trading fees, but we don’t coerce, so BSQ is optional. Traders can still pay trading fees in BTC. Instead of going to arbitrators, BTC fees will soon go to the donation address.

The person taking on this role will periodically purchase BSQ with the BTC accumulated in the donation address. They will be assigned to the corresponding role issue shortly, where you will see monthly updates.

Made by user lio with this issue.

Made by user leo with this issue.

So it seems the Bisq DAO itself continues to work as intended. The only notable issue we had in this cycle was actually more of a problem with the human beings who used the DAO.

One of the users who proposed to take a mediator role, known on GitHub as leo816, ended up with duplicate proposals available for voting (this probably wasn’t their fault, as it’s a known issue). The name on the first proposal was “lio”, an apparent typo, so a second proposal was made with the name “leo”.

The issue was that DAO voters almost approved both proposals. Just a little bit of due diligence would have revealed the “lio” proposal was merely a duplicate of the “leo” proposal and should be rejected.

Granted, leo816 should have used their exact handle “leo816” instead of “leo” so it would be easier for voters to relate their GitHub proposal to their DAO proposal. But still, there was no reason for a rational voter to approve both proposals.

Here are voting results of the “leo” proposal. Approvals were unanimous: 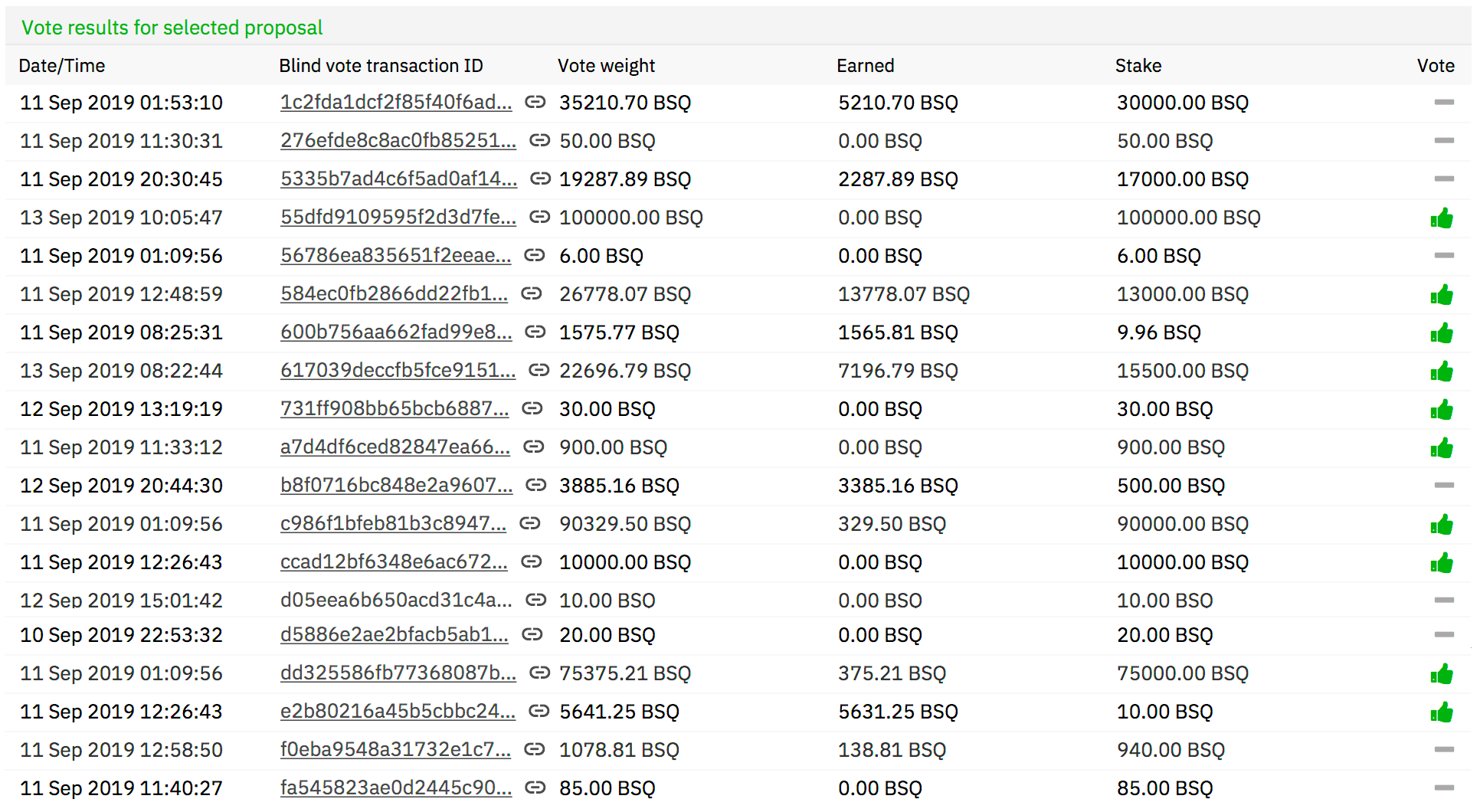 And here are voting results of the “lio” proposal. Some rejections, but most people approved it too: 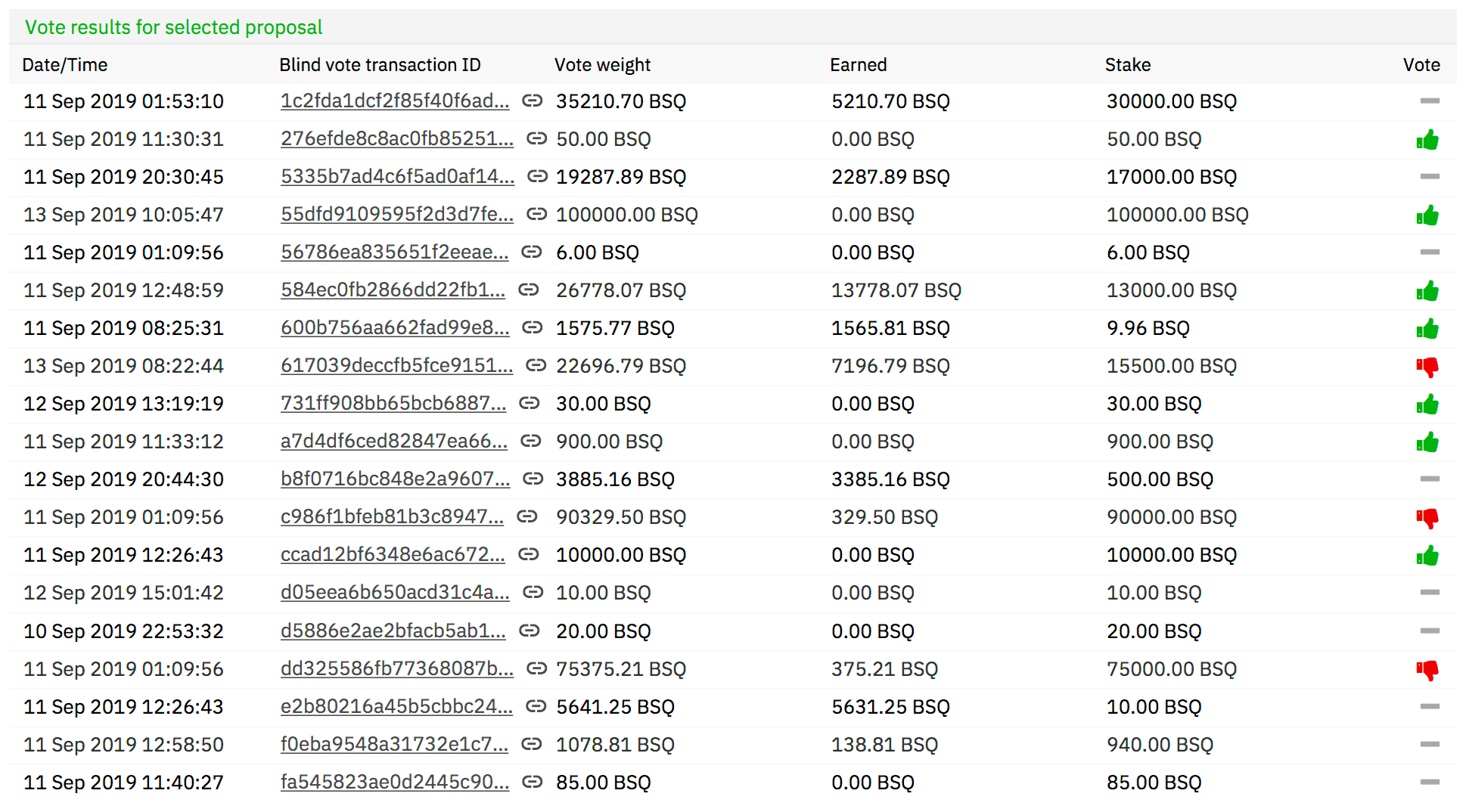 Open governance can only work if participants take the time and pay the attention needed to make responsible decisions.

Please make sure you do your due diligence before voting!